I was out with some mates at Huxtaburger the other night and after smashing a burger and fries, we still felt like we could follow it up.  Instead of ordering again, my friend suggested we head down to Brunswick st to a hot dog place called Phat Brats.

Phat Brats is basically the same format as most gourmet trash places that are springing up over town.  Take a relatively simple cuisine (hot dogs, burgers, burritos), improve the ingredients, sell at 2-3X what the fast food outlets sell for.

The menu is extensive for a hot dog place, with something for everyone.  My 2 friends ordered the Chilli Dog, which set them on fire and had them sweating after 3 mouthfuls.  I ordered the Pork and Sage Dog, which can be seen below.  Just to clarify the picture, I started eating the bottom half and then remembered I had to take a photo, so the top half is what it actually looks like (they don't take a bit out before they give it to you).  It was a nice wholemeal bun, the pork crackle was nice and light, and the sausage seemed well put together.  We saw others with fries that looked quite good as well. 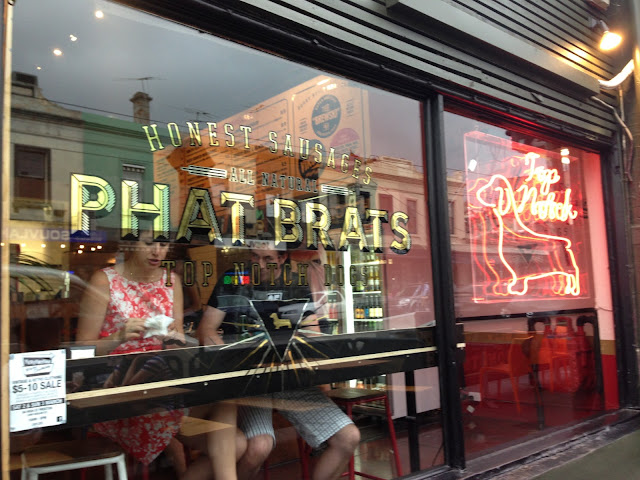 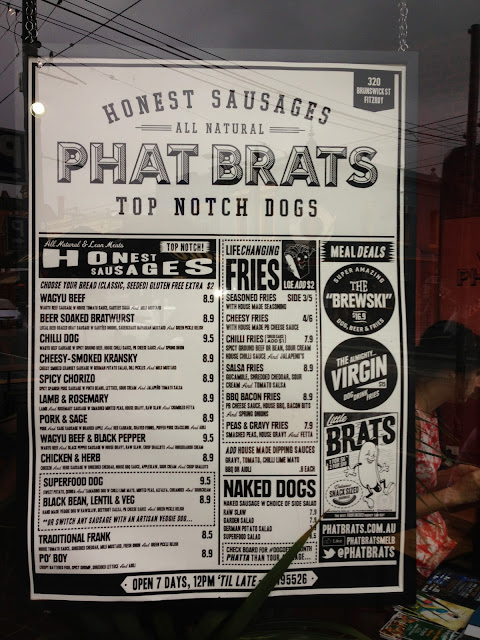 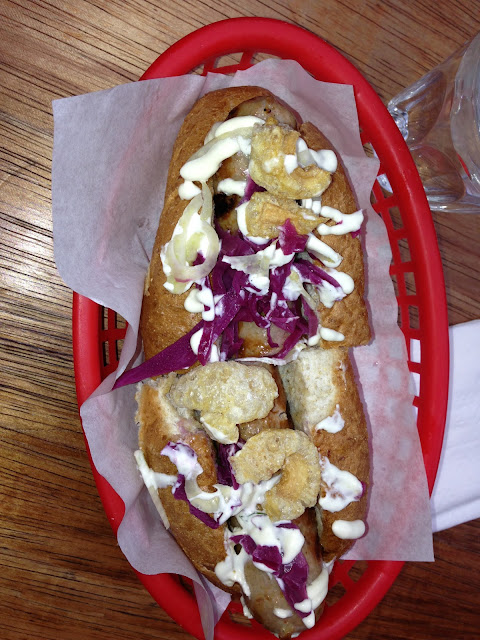