We have reviewed attica before, and to refresh you memory we think it is firmly entrenched in the top 3 fine dining restaurants in Melbourne.  Ben Shewry has managed to craft a niche that has put him into the top 50 restaurants in the world according to San Pelligrino, it's no wonder the waiting list to get in is long.

It's a testament to his commitment to culinary exploration, however, that he runs a Tuesday night Chef's table, where diners can experience the experimental side of Ben's cooking at a much more affordable price.

The format is the same each Tuesday, Ben will think about what he wants to do over the weekend and Monday, he will assemble the troops on Tuesday morning and tell them what is in store.  They then frantically run around to make it happen, the kitchen staff sourcing produce, the sommeliers scouring the cellar for wine matches.  The staff seem to genuinely enjoy it, it's a bit of excitement between the standard degustation menus that reign for the rest of the week.

Given the price point and the quality, Tuesday night actually has the longest waiting list.  It will probably take you months to get in so if you are keen, book early to avoid disappointment.  You won't be disappointed. 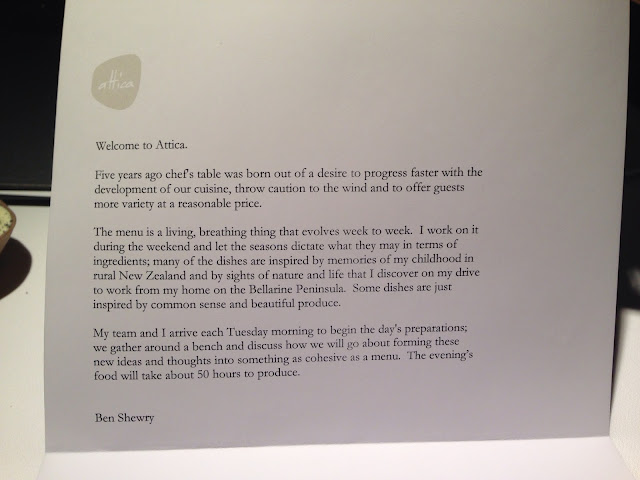 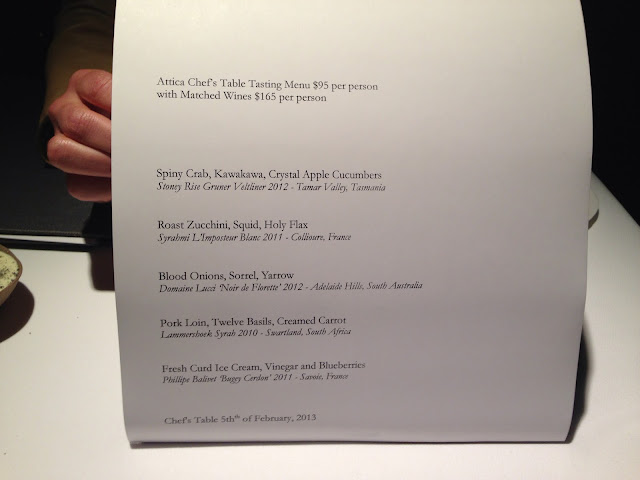