Melbourne hosted to the Gelato World Tour Oceania stage.  It was held at Argyle Square off Lygon Street during the Carlton Italian Festa last weekend.

The best gelati, not just in Australia, but the region...this was a not-to-be-missed event in my eyes. 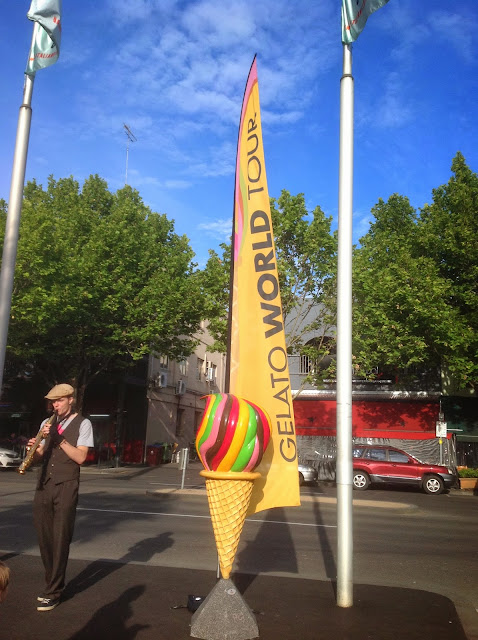 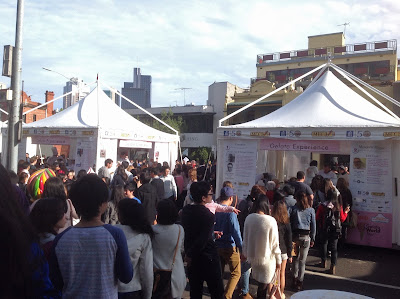 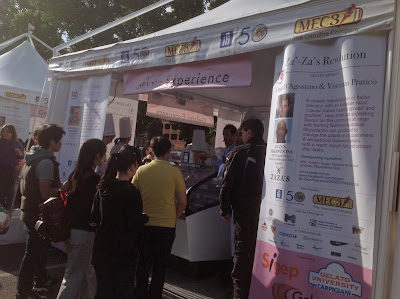 The Oceania gelati chefs a part of the Gelato World Tour include:

I planned to meet some friends at 5pm on Sunday as the event closes at 7pm.  The place was packed with people.  There were queues which went back about 50 people long, all waiting to get their gelati.  I was the first of my friends to arrive, as you can imagine, traffic and parking made it a bit of a nightmare.  I couldn't find where to purchase the gelati tasting tickets, so I asked some random people in a queue.  They informed me that all the tickets had sold out as the event had a record number of people.  Devastated - we just got there a little too late.  However, one of the strangers which I had  just asked generously got me a cone of  Mascarpone and Fig Gelato from Il Gelato with one of his tickets.  What an amazing person?!  Also, bizarrely, fig is my absolutely favourite ice-cream flavour!  If fig gelato is available at any ice-creamery, I will without fail get it.


Il Gelato's Mascarpone and Fig Gelato was delicious.  The ice-cream was smooth with chewy pieces of dried fig.  Beautiful!  I'm so grateful a random stranger allowed me to taste it. 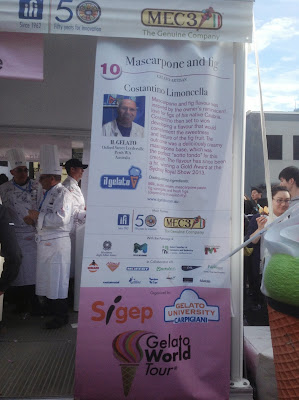 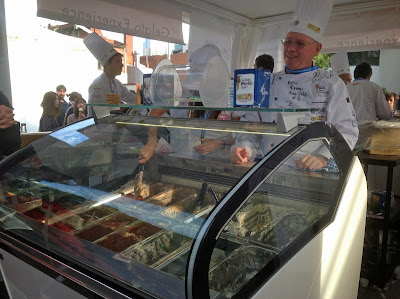 For more information, please visit: www.gelatoworldtour.com
Posted by Bakeress at 1.11.13