This recipe is a modification of a good friend's rhubarb trifle.  It is also similar to my tiramisu, however the layer of berries, instead of chocolate, makes for a perfectly fresh and light dessert. 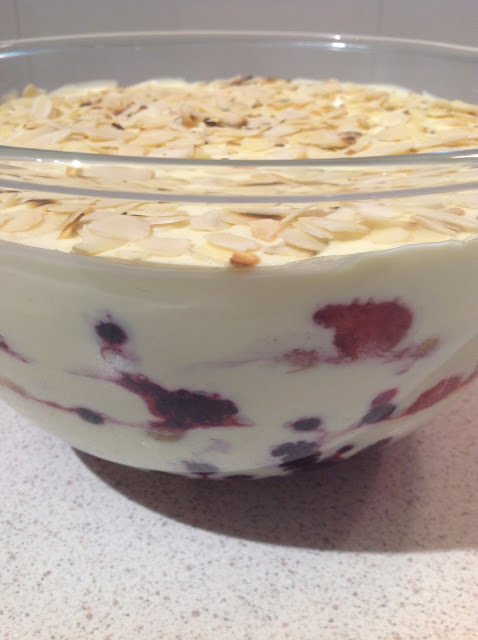 In a small mixing bowl, beat egg whites to soft peaks.  Gradually add 100g caster sugar into the egg whites and beat until the sugar has dissolved.  Place aside. 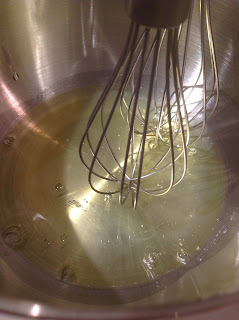 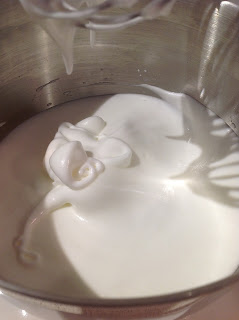 In another small mixing bowl, beat egg yolks, remaining (30g) caster sugar and vanilla extract together until thick and pale. 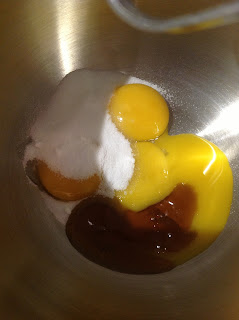 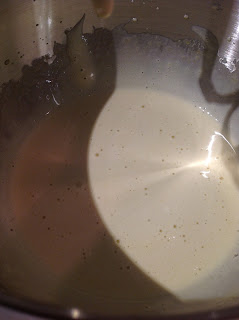 Add mascapone and whisk until smooth. 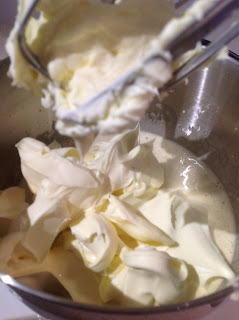 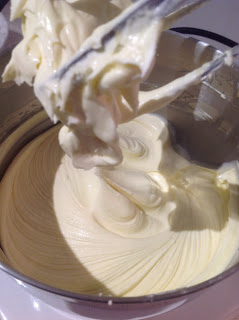 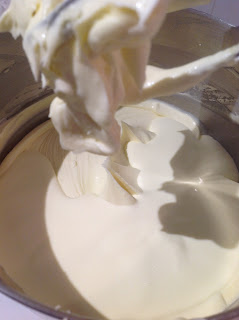 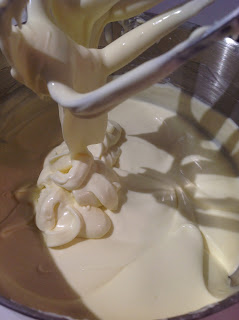 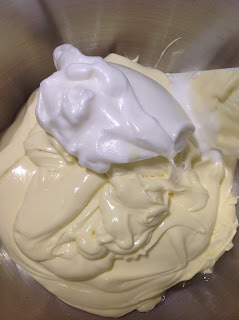 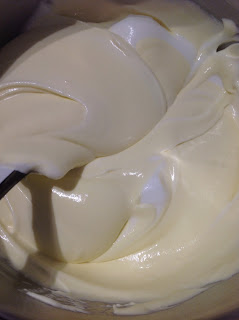 Then repeat the process a couple more times until mixture is light and smooth. 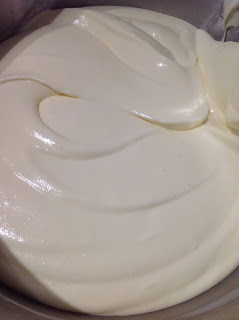 Defrost frozen berries in the microwave for about 3 minutes. 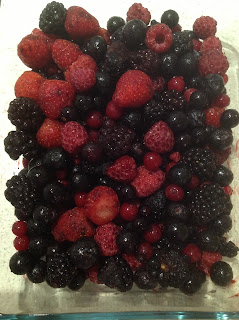 In a nice, large, clear container, start assembling the trifle.  (Note: As my bowl is quite deep, I started my bottom layers with berries, then mascapone to give a bigger, flatter surface for my first layer of ladyfinger biscuits.  If you are using a rectangle dish, I would recommend starting with ladyfinger biscuits as the bottom layer.) 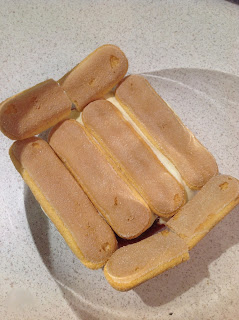 Alternate between the berries, mascapone cream and ladyfinger biscuits until the top of the container has been reached.  (Tip: When layering the berries, spoon the juices over the ladyfingers.) 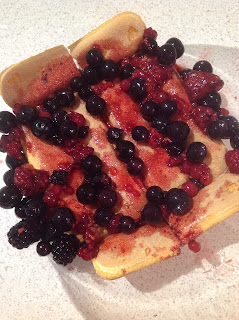 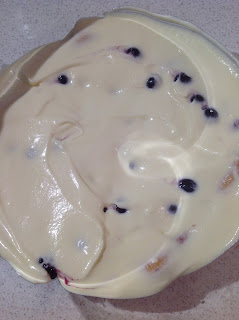 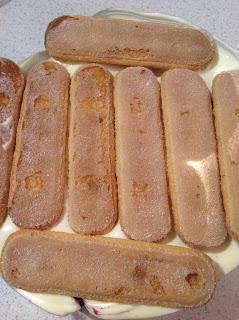 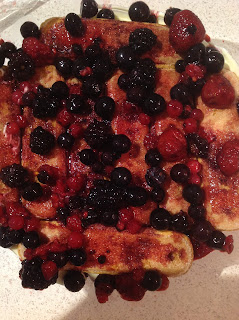 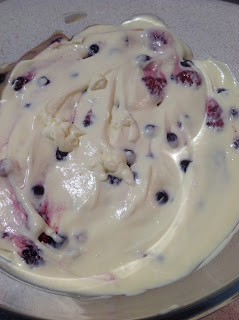 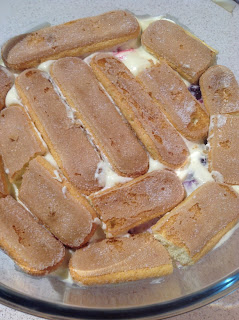 With the top layer, make sure there is a thick layer of mascapone cream to cover the berries completely.  Refrigerate until serving.  (Tip: I would recommend making this the day before, allowing all the berry juices to soak into the ladyfinger biscuits.) 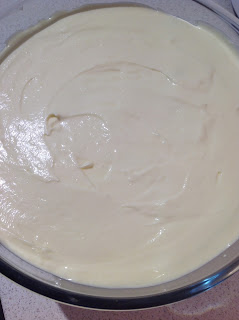 Toast flaked almonds over a low heat until they start to go golden brown. 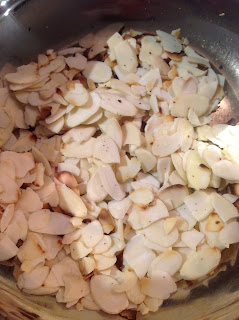 Sprinkle on top of the trifle prior to serving. 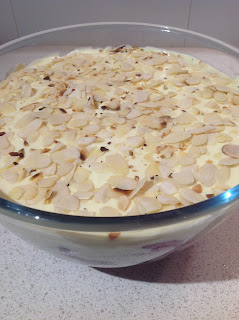 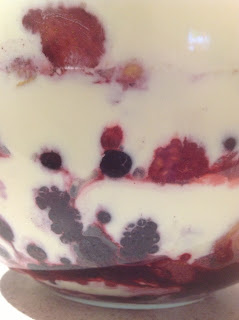