Richmond has pretty much everything, particulary pubs and Asian restaurants.  So how do you stand out from the crowd?  Buy a pub and turn it into a pseudo Asian restaurant!

The National Hotel resides at the less well travelled end of Victoria St on the eastern side of Church St and is surrounded by terrace houses, an aquarium, hairdressers and furniture shops.  It looks relatively 'Richmond Pub' on the outside, but I was very surprised when we entered.  The fitout is extremely industrial, but in a polished way and to be honest, there are only a select few pubs in Richmond that can boast atmosphere on school night, the National was buzzing! 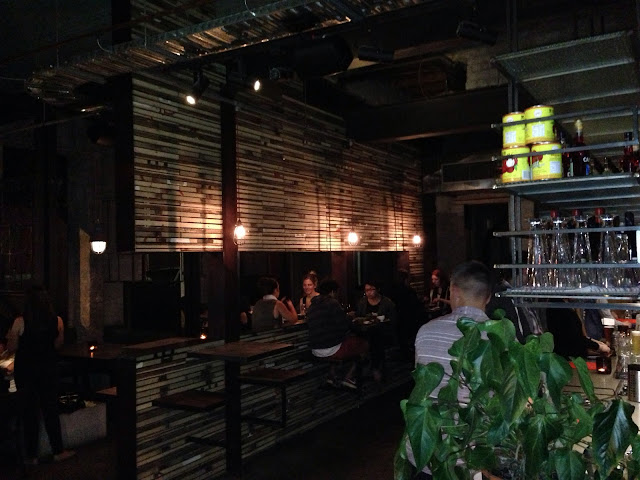 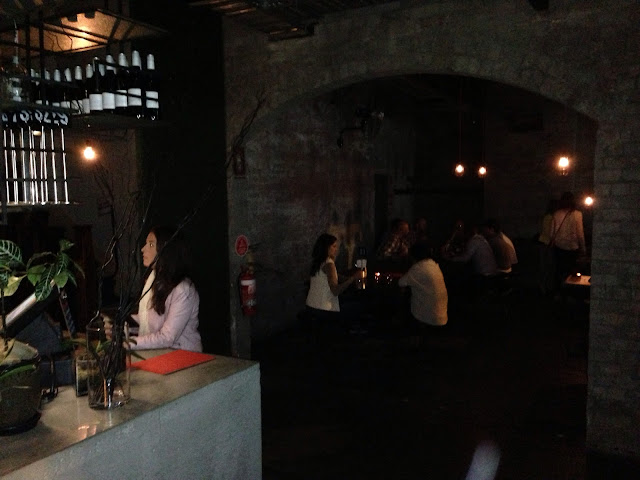 We were expecting something like The Grand, quality pub grub at a reasonable price.  When we saw the menu, however, it was clear that Parmas, Steaks and Fish & Chips had been done away with and replaced with edamame, hanoi rolls, dumplings, fish cakes, curries and roti.  There were some more conventional options, a burger, lamb shoulder and chicken salad but even these has Asian inspired twists.


Given I came to the pub for a pub meal, I ended up being boring and getting the burger.  As far as burgers go it was decent, however I felt that it was incredibly rich, with a very fatty patty paired with a rich brioche bun, thick aoli with oily chips.  The produce was good, but I think they needed to think more about balance and richness when putting this one together.

The missus was more adventurous and tried the Thai green curry.  By all accounts it was more successful than the burger, which perhaps highlights that the Asian inspired menu is the strength of The National, and it was a bit dumb for me to go for a burger.  Flavours were strong but well balanced, and it was reasonably light.

The National is unique, and I probably need to try more of the Asian menu to fairly judge it.  But I can definitely say that it has an unexpectedly warm atmosphere, friendly staff and a unique concept in an unexpected location.